All in: Family wages a long-shot fight for a… - Wyoming Medical Center
Find the latest information on COVID-19 in our area here.

All in: Family wages a long-shot fight for a father’s life. They almost win.

The family poses for a photo at Nicole Chappelle's college graduation last year. Mark Chappelle is standing to the left of Nichole.

From the beginning, odds were against Mark Chappelle, a 58-year-old truck driver flown to Wyoming Medical Center with a failing liver. He needed an immediate liver transplant, but no transplant hospital would accept him without insurance.

His family refused to take no for an answer. Coming to Casper from around the country, they started making calls – to politicians, to Social Security administrators, and to case workers. What they accomplished was remarkable, , even though not every story has a happy ending.

Here, Mark Chappelle’s story is told in the words of three people who played some part in it: his daughters, Nicole and Erica Chappelle of Wichita, Kan.; Dr. Mark Mc Ginley, an intensivist at Wyoming Medical Center; and Lynette Benardis, the WMC case manager assigned to Chappelle’s case. Together, they illustrate how the love of a determined family can make a difference, even if it comes a few hours too late.

Nicole and Erica Chappelle: On Friday, March 14, our father, Mark Chappelle, called to tell say he was officially hired as an over-the-road trucker for a Utah company. He'd spent most of his life as a real estate broker, but was excited for his new venture. He hadn’t been feeling well that week, but he didn’t make a big fuss of it. Since fall of 2013, he’d suffered bad bloating, inflammation in his legs and chronic nose bleeds. He saw multiple doctors and they diagnosed it as cellulitis, a bacterial skin infection. All the doctors ignored the nosebleeds.

By January, Dad started to feel better and began looking for trucking jobs. He went through a lot of training in Georgia and in Utah, and we were excited to hear that he had been hired. But that same week, the severe bloating and edema returned.

We didn’t hear from him on Saturday, March 15. On Sunday, our grandmother said my dad felt awful and that he thought something was seriously wrong. We called, texted and left voicemails all day Sunday and Monday, but couldn’t reach him. On Tuesday, I (Nicole) called his trucking company since I figured he was on the road. The representative put me on hold and then said: “Your dad is okay, but all I can tell you is that he is at Wyoming Medical Center.”

We jumped on a plane to Casper, Wyo., with my aunt Linda Guerra (my father’s older sister). We arrived at WMC on Wednesday evening and were greeted by my uncle Paul Chappelle and his wife, Janet.

Dr. Mark Mc Ginley: Mr. Chappelle came to our ER from the Rawlins hospital, and he was in a lot of trouble. He had end stage cirrhosis with liver failure and hepatorenal syndrome. He was going into kidney failure. We were pouring in a lot of blood products to try to stabilize him, but he continued to bleed.

He had a dead liver, he was young and he hadn't drank alcohol for the past year. He was a perfect candidate for liver transplant. He also had a rare blood type that would put him at the top of the list, because they are easier to match.

But, I sort of had to address the point that we were stuck. There are no transplant centers which could do a liver transplant gratis (without charge). He had to have insurance of some kind. I could keep him alive by giving him genetically engineered clotting factors for a few days, but we were going to run out of time. It was like filling a bucket with a hole in it. So, I told the family: We need to pray for some kind of miracle. Do you know any senators?

Lynette Benardis: I was assigned the case manager when Mr. Chappelle moved up to our intermediate care unit. I had talked to the family about Medicaid, Social Security Disability and power of attorney. On the morning of March 20, Dr. Mc Ginley came in and said they wanted to get him transferred to a transplant facility and to get him on the liver transplant list. I said I’ve never seen Social Security designate someone disabled that fast. There’s just no way: It takes a couple of weeks at the very minimum. Dr. Mc Ginley was talking a day or two.

Nicole and Erica Chappelle: Thursday morning, we hit the ground running! We all were on the phones, completing dad’s Affordable Care Act (ACA) application and picking a plan. The whole family was there fighting. His mother, Mildred Chappelle, arrived from Georgia that afternoon followed by his younger sister, Veronica Crabtree, and her family.

His ACA plan wouldn't be activated until May 1, 2014, so we tried to get him on Kansas Medicaid and Social Security Disability and representatives helped expedite the process. Pat Boling with Kansas Medicaid quickly submitted our father’s documentation for approval, but without the SSA’s disability determination, Medicaid could not be approved. He got into the situation in part because he could not get on the Affordable Care system in time. The initial success we had in Wyoming was due to individual efforts of the caring people that helped us."

Mark Chappelle poses with his daughter, Erica, and his grandson, Matthew.

We called healthcare commissioners, the media, the State of Kansas offices in Topeka, Social Security offices in Wichita and Cheyenne. The Cheyenne Social Security office scheduled an 8 a.m. phone interview on Friday for Dad’s disability application. We waited and waited and waited. We began making phone calls again to expedite this process. After hours of waiting and many phone calls, emails and faxes, we finally got a phone interview Friday afternoon. Misty Gregory with the Cheyenne SSA office completed the interview and application. She said this process takes a lot of time, and we most likely would not get a determination until the following week. She understood the severity of the situation and the urgency, but she wasn’t a part of the determination process, she said. The disability committee wasn’t scheduled to meet until the following Monday.

Lynette contacted Dr. Mark McGinley who said our relentless efforts were phenomenal and that our progress showed a lot of hope. He said he would continue to care for our father through the weekend while we waited for the SSA committee to meet and he worked to find a transplant facility that could treat Dad’s hematoma.

… It is the opinion of the gastroenterology service, as well as my own, that the only viable treatment option (for Mark Chappelle) is liver transplantation. It is my opinion that if he cannot be listed for a liver transplant within the next few days, he will die from an irreversible coagulopathy.

This patient is currently without medical insurance coverage and therefore is not a candidate to be transferred to a transplant facility. If ever there were a case for an expedited consideration for coverage through the healthcare exchange program, this would be the case in point.

Nicole and Erica Chappelle: At nearly 5 p.m. Friday, Misty from Cheyenne SSA called back. Dad had been deemed disabled! Misty and an associate pushed it all through themselves because the urgency.

I (Nicole) ran to Lynette’s office and handed her my phone. She smiled and gave me a thumbs up. When the paperwork came through, it was sent to Kansas Medicaid where Tamara Woods and Bob Hirst stayed late to get Dad's Medicaid in the system and approved. Without Senator Pat Robert's blessing and influence we would not have gotten the attention we got on the disability approval.

Within an hour, I got a phone call from Wyoming Medical Center as we were about to eat dinner. Our father was accepted by KU Medical Center in Kansas City and he was getting on a jet that evening. We raced back to the hospital to prepare.

Lynette Benardis: I was just absolutely blown away, I guess. A sister-in-law had her pastor on the phone mid-afternoon Thursday and put the pastor on speaker. She asked if I could pray with them, and I said yes. Seeing how the family just persevered and everybody got on different phones and called everybody and anybody, it was inspiring.

Dr. Mc Ginley: I think the story speaks to many things. At a national level, is unprecedented that someone can be approved like this in the new healthcare system. I think it speaks to the advantages to the Affordable Care Act.

This is a new era: Here’s a guy with no health insurance, he’s about to die from a treatable condition, and the system was able to get him health insurance within 24 hours. It speaks to the dedication of our own case workers to be able to respond and deliver a product to the other end of the country so quickly. It also speaks to the issue of not losing hope and to be always a patient advocate and you never know what can be achieved. That’s why we go into medicine.

Nicole and Erica Chappelle: Our father arrived at KU late Friday, March 21. Inside, his abdomen just kept bleeding and they couldn’t operate on him because the mortality rate was entirely too high. They tried procedures to stop the bleeding and then another vessel would bleed. His liver was completely shut down so he was not clotting at all.

Mark Chappelle hugs his daughter, Nicole, at her college graduation.

On Friday, March 28, our father passed all his evaluations and was put on the liver transplant list. Our pre-transplant coordinator told me he was at the top of the list: “I can say with certainty your father will have a liver this weekend!” she said.

That same day, he was put on dialysis because his kidneys were not fully functioning. He was given a breathing tube early the next day and his blood pressure was dropping. The doctors did everything they possibly could to help, but Dad passed away late afternoon on Saturday surrounded by his unrelenting family.

We try to remember that he isn’t in any pain anymore. He fought so hard and so did we; We can honestly say that we all did everything in our power to keep him with us. We are grateful for the medical staffs and for the time we did have with him in those two grueling weeks.

It is unbelievable what can be done with the power of prayer and a family fighting for a loved one. Family members, friends, and colleagues helped us tremendously. The staffs at Wyoming Medical Center, Social Security, Kansas Medicaid, State of Kansas Government Offices, Sen. Pat Roberts and KU Medical Center were all complete strangers, but every single one of them stepped up to help us in the trying time. They all deserve recognition for their caring efforts.

Everything that was accomplished was absolutely miraculous. We are forever grateful for everyone involved. Our biggest piece of advice to anyone that is ever in a situation like this: Do not ever give up. 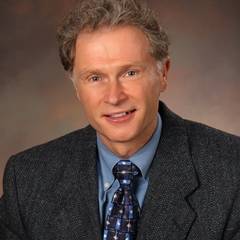 Stopping by Wyoming Medical Center during cold, flu and RSV season? Be a good visitor