Ask the Experts: Am I getting enough Vitamin… - Wyoming Medical Center
Find the latest information on COVID-19 in our area here.

Ask the Experts: Am I getting enough Vitamin D?

Casper, with its northern latitude and long, cloudy (not to mention windy) winters, has shown to have a high incidence of vitamin D deficiency.

In Blue Envelope Health Fairs and other studies, up to a third of people tested were shown to have low levels of vitamin D. Some dangerously low.

What is vitamin D?

Vitamin D is a vitamin that is fat soluble and is naturally not present in many foods. Vitamin D assists with calcium absorption through the gastrointestinal tract. It also has other roles in the body, some of which help with the growth of cells, immune function and reducing inflammation.

What is Vitamin D deficiency?

A deficiency would mean that there is not enough circulating vitamin D and a risk for weaker bones. Usually this is a result of dietary inadequacy. Deficiency can often occur through diet in people who do not consume vitamin D-enriched foods.

What are the symptoms?

How do I know if I am Vitamin D deficient?

The best way to know for sure is to discuss concerns with your healthcare provider and see if checking your vitamin D level would be beneficial. Serum concentration testing is the most accurate indicator of vitamin D status.

Depending on the season here in Wyoming, levels may be affected. The more clouds we have and the less sun we get, eating more fortified foods is important.

How much Vitamin D do I need?

Recommended daily allowance for Vitamin D intake varies by age. Having your level checked and discussing this with your primary care provider for an age specific amount is a good place to start. It is often an option offered at health fair screenings as well. If there is a deficiency, sometimes, an increased dose is needed for a period of time to boost levels.

Should I sunbathe to get my vitamin D?

When it comes to sunlight, most people will get their vitamin D from the sun. In Wyoming, we are at an increased risk for vitamin D deficiency, as we are in the northern latitude and we see periods of less sun or more cloud cover at times, particularly in the winter.

When skin is exposed to sunlight, this triggers vitamin D synthesis, but it is not the only way to get vitamin D. There are risks, such as skin cancer, that come with sunbathing. Things that can affect the amount of vitamin D received from the sun include season, cloudy days and sunscreen, among other things.

Where else can I get it?

Foods are fortified with vitamin D to help fight deficiencies. Through our diet, we can get vitamin D through foods that are enriched or with supplements.

Most foods do not have vitamin D on their own. The few naturally occurring sources include cod liver oil, egg yolks and some types of mushrooms. It's much easier to get vitamin D from foods that have been fortified such as milk, orange juice and cereals. 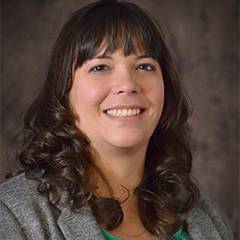 Monica Janssen is a certified family nurse practitioner at Mesa Primary Care seeing patients of all ages. Previously, she worked at Wyoming Medical Center for 12 years, starting as a nurse’s aid on our neurology floor in April 2003 while attending nursing school at Casper College. She also worked in our Intensive Care Unit.