What parents and teachers should know about… - Wyoming Medical Center
Find the latest information on COVID-19 in our area here.

What parents and teachers should know about ADHD

Attention Deficit Hyperactivity Disorder (ADHD) is generally one of the most common childhood disorders and can continue into adolescence and adulthood. The most common symptoms are difficulty with staying focused and paying attention, over activity and impulsiveness.

About 4 percent of American adults and 9 percent of children have been diagnosed with ADHD, with about 4 times as many boys as girls diagnosed. The average age of diagnosis is 7 years old, but those who do not have the difficulties with hyperactivity are often diagnosed when they much older.

The difficulty lies in the diagnosis. Determining what is normal in terms of maturity, ability to concentrate and learn is based on the average of a group. We all know that children mature and learn at very different rates. The most common features of ADHD can mimic other conditions; Impulsiveness, poor attention and over activity are also symptoms of depression, anxiety, seizure disorders and learning disabilities. ADHD symptoms can mimic those caused by sudden changes at home or diets high in refined sugar and food additives.

Medications for ADHD are typically medications that work on concentration like stimulants, such as Adderall, Ritalin, Vyvanse and Methylin. Other brain medications such as Strattera or Wellbutrin may also be used to treat symptoms. Some medications target impulsivity like centrally active blood pressure medications Clonidine and Guanfacine. Medications cannot just be “tried” on a child without formal testing since stimulants help all people concentrate – much like a cup of coffee in the morning.

Why do some people get ADHD? There is some family association with this, but no specific test for a gene has yet been detected. Some children may have had a brain injury that causes ADHD. There is some evidence that using tobacco, alcohol and acetaminophen (like in Tylenol) during pregnancy can increase the likelihood of ADHD.

People with ADHD do better with a set schedule and clear, consistent rules. Organize their environment and try a reward system for following the rules of the home or classroom. People with ADHD often receive and expect criticism and need to receive positive encouragement as well. 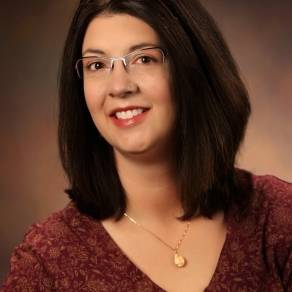 Dr. Wells is a board-certified in family practice physician at Sage Primary Care. She grew up in Rochester, N.Y., and was interested in science from a young age. She earned her medical degree at State University of New York at Stony Brook. She became interested in rural primary care after hearing stories about her mentor’s residency and practice around Greeley, Colo. Dr. Wells completed her residency at the University of Wyoming Family Medicine in Casper. She returned to Casper in 2002 and joined Sage Primary Care in 2013. Dr. Wells has special interests in hospice care, pediatrics and well family care.